Warwick Ashley Davis (born 3 February 1970) is an English actor, television presenter, writer, director, comedian and producer. He played the title characters in Willow and the Leprechaun film series, several characters in the Star Wars franchise (most notably the Ewok Wicket), and Professor Filius Flitwick and Griphook in the Harry Potter films. Davis also starred as a fictionalised version of himself in the sitcom Life’s Too Short, written and directed by Ricky Gervais and Stephen Merchant. 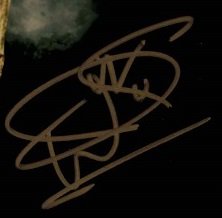 Davis was born in Epsom, Surrey, the son of Susan J. (Pain) and Ashley Davis, an insurance worker. Davis has a younger sister. Educated at Chinthurst School and later the City of London Freemen’s School. Davis was born with spondyloepiphyseal dysplasia congenita, a rare form of dwarfism. When Davis 11, his grandmother heard a radio advertisement calling for people at 4 feet (1.2 m) tall or shorter to be in Return of the Jedi. To Davis, who was a fan of the Star Wars films, it was a dream come true. During the filming of Return of the Jedi; Mark Hamill bought Davis every Star Wars action figure he did not have 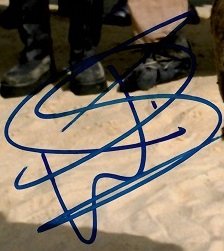 Also, Davis was originally cast as an extra Ewok, but when Kenny Baker, who originally going to be Wicket, fell ill, George Lucaspicked Davis to be the new Wicket after seeing how he carried himself as an Ewok.

Originally, Warwick Davis Autographs based his Ewok movements on his dog; who would tilt his head from side to side whenever he saw something strange. During production on the film, Warwick Davis Autographs was the subject of a short mockumentary film about his experience as Wicket; titled Return of the Ewok, made by Return of the Jedi‘s first assistant director, David Tomblin. Furthermore, The unreleased film was a fictional look at his decision to become an actor and act in the film and his transformation into Wicket the Ewok. Davis reprised his role as Wicket in the ABC made-for-TV films Caravan of Courage; An Ewok Adventure and Ewoks: The Battle for Endor. 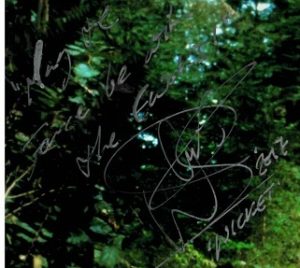 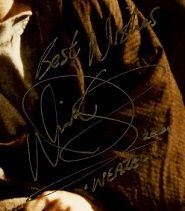 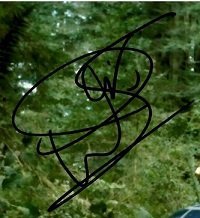