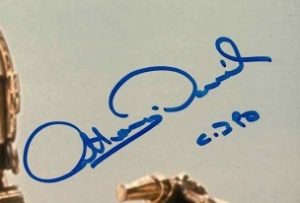 Daniels was born in Salisbury, Wiltshire, England, the son of a plastics company executive. He was educated at Giggleswick School and studied law for two years at university, then dropped out to participate in amateur dramatics and attend Rose Bruford College. After leaving school in 1974, Daniels worked on BBC Radio; and for the National Theatre of Great Britain at The Young Vic. Whilst working in the theatre, invited to meet director George Lucas, who casting for Star Wars. Daniels at first turned down the interview but persuaded by his agent to meet Lucas.

Daniels has said that before his role in Star Wars; the only science-fiction film he had ever seen in a theatre was 2001: A Space Odyssey in 1968; so displeased with the film that he walked out after 10 minutes and demanded his money back. After Daniels was cast as C-3PO, George Lucas recommended that he watch the film in its entirety to study HAL 9000’s voice. In a 2011 interview, Daniels said that he now regards 2001 as a masterpiece and that he also enjoys post-apocalyptic films such as Mad Max.

He was a member of the BBC’s Radio Drama Company, and speaks fluent French. 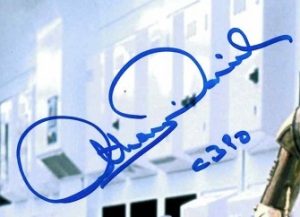 After auditioning for the role of C-3PO, Daniels only became fully interested in it after seeing a concept design by Ralph McQuarrie. Furthermore, Daniels did not see the final costume until after donning it for the shoot and being shown a Polaroid photograph. He struggled with delivering the character’s lines until Lucas informed him that they would redub the dialogue in post-production. Daniels also portrayed a protocol droid with a “white pointy face” in one shot in the original film. Also, Anthony Daniels was depressed with his lack of recognition after the film’s successful release; he attributes this to Lucasfilm wanting audiences to believe that the droids were real